The Effects of Exposure, Elevation and Tree Age on Seed Characteristics of Fagus orientalis Lipsky

Background and Purpose: Natural or artificial regeneration, rehabilitation, and conversion from coppice to high forest are important practices in Oriental beech (Fagus orientalis Lipsky) forests in Turkey. Studies of the seeds of this species have increased in number because mast years are infrequent and seed germination is inhibited by dormancy. In this study we quantified the effects of tree age (40-59, 60-79 and 80-99 years), stand exposure (north, west, east and south) and elevation (600 and 800 m a.s.l.) on seed characteristics (germination, moisture content, and weight) of Oriental beech.
Material and Methods: The seeds used in this study were collected from natural beech forest at Kumluca, Bartin, in the western Black Sea region of Turkey. Experiments were carried out in the laboratory and the greenhouse of Bartin University.
Results: Seed germination and moisture content varied significantly by elevation, and seed germination was strongly influenced by elevation. Moisture content was 14% at 600 m and 16% at 800 m. The effects of elevation and tree age on 100 seed weights were not significant but exposure had a significant effect. The highest 100 seed weight was recorded for trees on southern exposures and the highest germination percentage of 82% was recorded for trees on northern exposures.
Conclusions: In conclusion, since oriental beech seedlings are produced by generative propagation method, seeds should be harvested in optimum distribution area of beech, from average ages and phenotypically plus tree.

One of the most abundant and economically important hardwood genera in northern hemisphere temperate forests is Fagus [1]. In Turkey, Oriental beech (Fagus orientalis Lipsky) is a common hardwood tree species that regenerates naturally in Turkish forests where species diversity is rich due to the variety of growing conditions. It is a shade-tolerant species, and optimum growth conditions for Oriental beech are on the north-facing slopes of the North Anatolian orogenic belt in the Black Sea Region and the Istranca Mountains in Thrace. Oriental beech forests in Turkey cover 1810079 ha, composing nearly 8.5% of the country’s total forest area [2]. The elevation range of Oriental beech in the Balkans is 10-800 m above sea level (m a.s.l.). In Turkey, it grows at 1500-1700 m a.s.l. in Black Sea inner-valleys and up to 2000 m a.s.l. in the Aegean mountains [3], [4], [5], [6], [7]. Most Oriental beech forests are distributed in northern Turkey. However, relict Oriental beech forests are distributed in the Eastern Mediterranean region of Turkey, including the provinces of Adana, Osmaniye, Hatay, and Kahramanmaras [8]. Oriental beech forests in Turkey usually have mixed structure with Nordmann fir (Abies nordmanniana (Steven) Spach, Uludag fir (A. nordmanniana (Stev.) Spach. subsp. bornmuelleriana (Mattf.) Coode&Cullen), Kazdagı fir (A. equi-trojani Aschers et Sinten), Scotch pine (Pinus sylvestrisL.), Anatolian black pine (P. nigra Arnold subsp. pallasiana (Lamb.) Holmboe) and Oriental spruce (Picea orientalis (L.) Link.) at higher elevations, but there are also pure Oriental beech  stands that cover large areas and are connected by corridors [4], [5], [6], [9]. Oriental beech forests, however, have been degraded, especially near villages and transport corridors [10]. Plus trees are very difficult to find in these areas. These circumstances can negatively affect natural regeneration practices. In this species, seedling establishment and growth rate depend on the seed tree, habitat conditions, and especially on the light factor [11]. Many studies on beech regeneration have been conducted in pure beech forests [12]. [13]. [14]. Studies on the regeneration of many plant species, especially beech, are usually correlated with light and weather conditions.

Ozel [14] stated that the group regeneration works in Bartin and Devrek in Turkey failed and that the areas that had lost the natural regeneration conditions needed regenerating by planting under the shelter of trees. Moreover, the seed is a very important material for outdoor plantation conditions, rehabilitation and conversion to high forest practices. Due to a lack of seed orchards for Oriental beech, the selected seed stands have been used in Turkey [15]. Generally, mast years occur every 3-5 years [12], [16], 5-6 years [4] for Oriental beech. However, Tosun [17] studied the seed yield of Oriental beech at Bolu (Turkey) and in the period of eleven years observed one mast year, two good years, three moderate years and five weak years. Suner [12] indicates that lower seed productivity exists in Oriental beech stands on calcareous bedrocks, whereas the seed year occurs more frequently and abundantly. Consequently, investigations on the seeds of this species have been on the increase because of rare mast years and germination problems caused by physiological dormancy [18], [19]. Moreover, Rezaei et al. [20] stated that oriental beechnuts are deeply dormant seeds that can germinate after 8-19 weeks of cold stratification. Besides, there were various studies on seed characteristics [21], [22], [23], [24], [25] and the storability of beechnuts [18], [26]. Thus, the aim of this study is to provide new information for seed technology of Oriental beech by examining the effect of tree age, stand exposures and elevations on seed characteristics.

Oriental beech belongs to the Fagaceae family. It is a shade-tolerant species [27]. Seedlings are tolerant to shade and grow under trees slowly, and therefore they exhibit growth with more speed in the juvenile age. The seedlings of the Fagus orientalis L. can grow in gravel soil and gravel-silt and are able to expand their own roots. The optimum pH of this species is 5.5 in the periods, and beech seedling that expand its roots, may be spherical. The density of seedlings has a direct impact on the form of the seedlings [3], [4], [6], [9]. 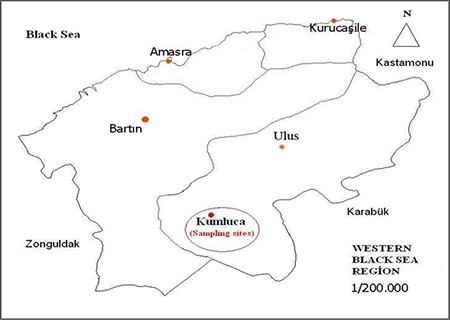 FIGURE 1. The locations of sampling sites at Kumluca-Bartin in Turkey

Studies under the Laboratory Conditions

The seeds, collected from these sites, were stored frozen until laboratory studies were initiated. In order to find out the amount of filled seeds, whole seeds were immersed in water and the ones floating on the surface of the water were separated. The filled seeds were chosen as 3×100 seed patterns for each sampled tree. In order to determine the weight of 100 seeds of Oriental beech, an average of three groups of 100 seeds was weighted. In the method for testing moisture content; three seeds group were separated and weighted for their wet and dry weights. The moisture contents (WA) were calculated [9] as follows:

where A is the wet weight and E is the dry weight.

Studies under the Greenhouse Conditions

The number of 3×100 seeds for each sampled tree sowed at ¼ sand+ ¼ clayey soil + ½ peat in the depth of 2-3 times of its size in the greenhouse in April. Following the sowing, the medium was thoroughly watered and kept damp all the time. Following the sowing date, the greenhouse temperature was kept at 25ºC and 85% humidity. The germination period was completed in 45 days.

All experiments were based on completely random designs with three replicates, using 100 seeds in each replicate. The germination percentage was calculated as the proportion of the germinant of the total number of seeds. Arcsin (p)1/2 transformed germination data were subjected to analysis of variance using computer software package SPSS 9.0 and Duncan’s multiple range test was performed for significant effects.

The Impact of Elevation

The results of ANOVA for the effect of elevation factor on seed germination and moisture content showed significant differences at 0.001 confidence level (Table 1). 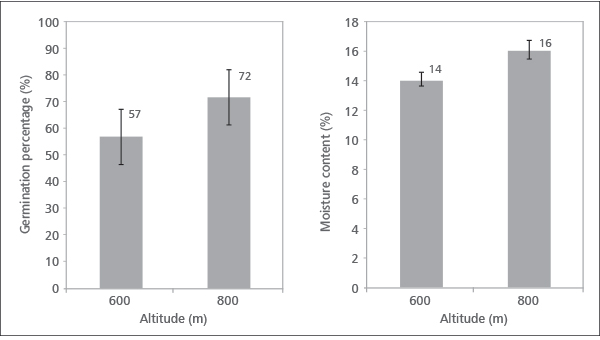 FIGURE 2. The elevations factor on seed germination and moisture content

The Impact of Tree Age

According to the results of ANOVA, tree age factor had a significant effect on seed germination at 0.01 confidence level (Table 2). The highest and lowest germination percentages were determined as 76% and 54% on trees aged 60-79 and 40-59 respectively (Figure 3). 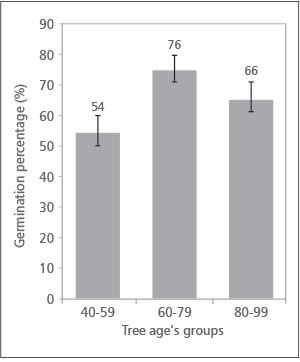 FIGURE 3. The effects of tree age’s factor on germination percentage

Farmer [30] informed that Fagaceae languish 2 or 3 decades before flowering. Older trees also may not reproduce if they are in the understory of stand. Therefore, the amount of seeds is first of all a function of the number, the age, the size and the physiological condition of the trees in the stand. Espahbody et al. [31] informed that more fertile seeds in terms of quality and quantity were obtained from middle aged trees. Although Fennessy [32] said that high quality fertile seeds increased from higher age to middle age, especially the beech and the oak tree, in this study, it was apparent that tree ages of beech merely affected the seed germination positively. On the other hand, Espahbodi et al. [31] confirmed that there was high germination on Sorbus seeds which were obtained from middle aged trees. Similar results to ours were also found on fir species by numerous researchers [33].

The Impact of Exposure

TABLE 3. The result of ANOVA for exposure factor on seed of Oriental beech

The results of Duncan test - the variation coefficient, the average value, homogenous groups of the exposure factor on the germination percentage, 100 seed weight and the moisture content are presented in Table 4. 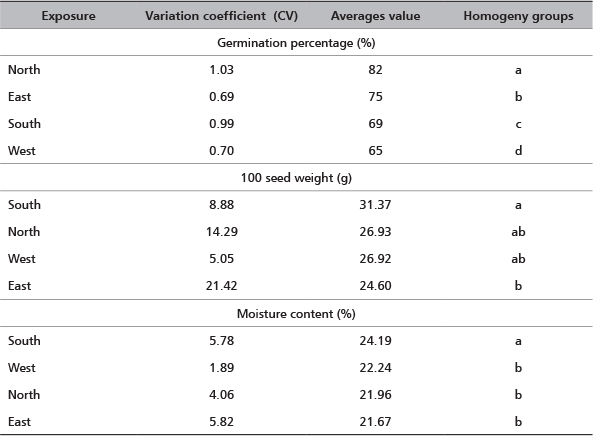 This result is in accordance with the result of the research of the Oriental beech in Mazandaran Forests. It is concluded that the highest amount of collected seeds is related to the northern exposure of all studied trees [23]. 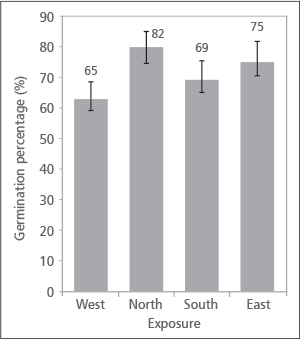 FIGURE 4. The effects of exposure factor on germination percentage


While the effects of elevation and the tree age factors on 100 seed weight had no significance, the effect of the exposure factor had showed significant noteworthy results. As a matter of fact, while the highest 100 seed weight was obtained from the southern exposure, the lowest 100 seed weight was obtained from the eastern exposure. Soltani [34] informed that there were positive relations between the seed weight and the time of overcoming seed dormancy in beechnuts. This information was given by various researchers [35], [36]. However, this does not mean that the highest germination percentage cannot be obtained by earlier overcoming of seed germination. Furthermore, in this study, the highest germination percentage was supplied by the average seed weight and by northern exposure. From the observation of the samplings, it was determined that the beech trees in the northern exposure were healthier than others. In addition, technical staff of the general directorate of forestry said that the cavity of beech wood in the northern exposure was smaller than in other exposures.

Since Oriental beech seedlings are produced by the generative propagation method, seeds should be harvested in the optimum distribution area of beech, which is 800 m a.s.l., from average ages (60-79 years old) and in the northern exposure for the highest germination percentage.